While both blackheads and whiteheads are forms of acne, having a good understanding of the difference between the two can be vital when it comes to skin care.

Although different, both blackheads and whiteheads can be considered “pimples.” Pimples form on the skin through the skin’s glands, also known as the skin’s sebaceous glands.

How Blackheads and Whiteheads Develop 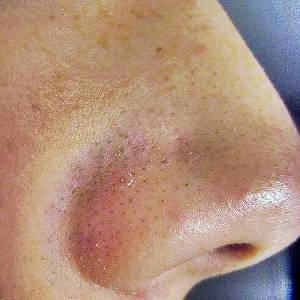 In most cases, whiteheads will show up as a raised, white spot on the skin. Depending on the case, whiteheads may not always even be visible. In contrast, blackheads are readily visible and typically look like a black spot on the surface of the skin.

While they look different, whiteheads and blackheads originate from the same source. 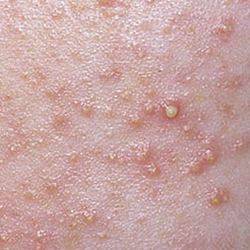 Whiteheads are visible as small white bumps under the skin

Research has shown that both types of acne start out as microcomedones. A microcomedone is born when the oil trying to make its way to the surface of the skin is blocked; what the skin’s pores does after the oil is trapped is what determines whether a whitehead or blackhead occurs.

There are some schools of thought that believe that blackheads and whiteheads are hereditary and that a person’s genetic make-up can determine how likely they are to have this. There are others who are trying bio identical hormone replacement to try and change their make-up.

Treatments and Other Information

Although both blackheads and whiteheads are unsightly, they will both go away with the proper treatment. Squeezing, popping, or touching either blackheads or whiteheads is not advised. Touching a blackhead or whitehead can often irritate the pimple more which can lead to a larger and more visible skin defect.

When seeking medication for whiteheads or blackheads, doctors recommend products that contain benzoyl peroxide; medications with the ingredient can be easily purchased over the counter. In addition to medications, individuals can make sure that they wash their face as often as possible.

While some are more prone to acne than others, having good hygiene and watching eating habits may lower one’s chance of having a blackhead or whitehead. Furthermore, washing one’s sheets, pillows, and blankets can assist in lowering the chance of blackheads or whiteheads occurring. With attention to detail, blackheads and whiteheads are preventable.